You are an eco-conscious commuter, either cycling now or considering cycling. You know that riding your bike to school or work is better for the environment, and that it’s better for the heart and soul as well.

But what if there’s that one stretch of hill that you just can’t get over? Or that makes you too sweaty on arrival? The struggle is real and there’s a new campaign on Kickstarter called CLIP that is sure to make your commute bearable and lot less sweaty.

CLIP is a mobility enhancing accessory for your bicycle. According to the campaign, it literally clips to your front forks and has an electric motor sit atop your front wheel, providing extra power when you need it.

The concept is simple and there have been permanently installed on the rear wheel options available before. However, it seems that this new product is the first to be removable, clippable, to the front wheel.

The weight is low at under 4 pounds and is small enough to throw in a normal sized backpack. This makes it great for commuting around large cities like SF where the hills and crime are aplenty. It also means that you can use it on a friend’s bike and remove when you need to. 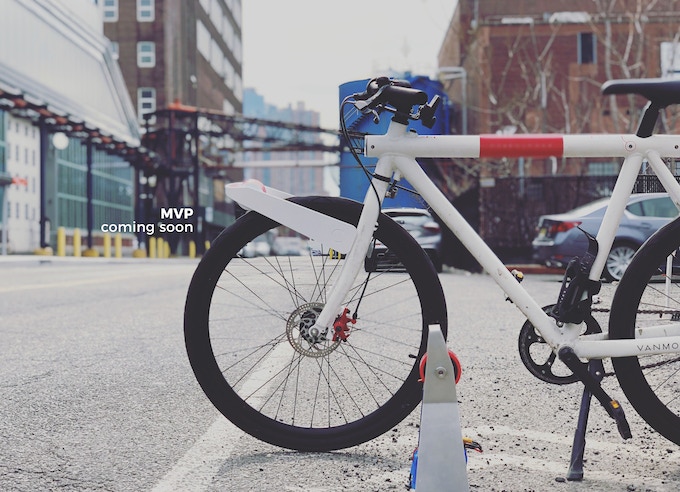 The motor is 450W, which is large enough to give you a good little boost of effort, but you’ll still have to pedal. There’s a 4ah Li-ion 36V battery planned as well, which means that this should be used sparingly.

It’s Bluetooth connected for control through your phone, which seems a little confusing as to how you’re supposed to control it while riding. I’m sure it will be intuitive though.

How do I get a CLIP?

CLIP’s Kickstarter campaign is just over $7k of their $10k goal. Pledging $599 gets you a limited edition CLIP from the first production run. They’ll even get your name engraved on it and cover it with their team’s signatures. They plan on only making 50 prototypes, so if you want one you should get in early.

There’s also a lot of options to support their campaign without necessarily buying a CLIP. You can pledge $25 and they’ll draw up an avatar of you and plant a tree. Pledging $65 gets you at-shirt and ten trees planted, and $125 gets you a sweatshirt and 50 trees planted. There’s actually a lot of options including a $4k option that includes a ton of stuff, a couple CLIPS, and the right to be involved in all future generations of CLIP.

Do you commute by bike? What do you think of CLIP?

The Very Best Electric Scooters for Business & Pleasure in 2021
In Smart Travel, halo